Tickets are $75 and all proceeds support Dominion Woman’s Club charities.

Don’t forget to tell family and friends that they can participate also! 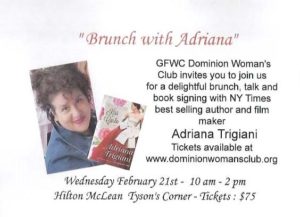 Beloved by millions of readers around the world for her “dazzling” novels, (USA Today) Adriana Trigiani is the New York Times bestselling author of seventeen books in fiction and nonfiction. She is published in 35 countries around the world.

Adriana is also a playwright, television writer/producer and filmmaker. “A comedy writer with a heart of gold,” (New York Times) Adriana is the award-winning director of the documentary film, Queens of the Big Time. She wrote and directed the major motion picture Big Stone Gap, filmed entirely on location in her Virginia hometown. Big Stone Gap spent 11 weeks in theaters in the fall of 2015 and was the #2 top-grossing romantic comedy of the year.

Adriana co-founded The Origin Project with Nancy Bolmeier Fisher, an in-school writing program which serves over a thousand students in the Appalachian mountains of Virginia.

Her latest novel is Kiss Carlo, described as “a delightfully sprawling comedy full of extended families, in all their cocooning warmth and suffocating expectations” (Kirkus) published in June, 2017.

She lives in New York City with her family and their rescue pets. Adriana speaks to book clubs and classrooms regularly. 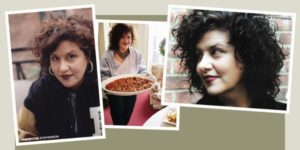 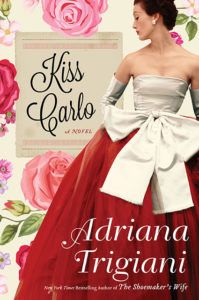 GFWC DWC is a 501 (c) (3) organization. The EIN is 64-0954588. Your contribution may be claimed as a charitable deduction for tax purposes. Please consult your tax consultant to determine the appropriate amount to deduct.