GFWC Dominion Woman’s Club is for women age 18 and over, residing in Prince William and Fauquier Counties, with an interest in serving the needs of and enhancing our community through volunteer service.

Our motto, “Unity in Diversity” seeks diversity in our club women so that we might all benefit from their varied experiences, unique perspectives, and diverse interests in reaching out to our community.

Our club has many outreaches that allow our members to utilize their time and talents to make our communities vibrant and thriving places to live. The club offers opportunities to participate in the following areas:

We strive to achieve our goals with this as our focus:

GFWC Dominion Woman’s Club was founded on February 18, 2007, when a group of women gathered at the Dominion Valley home of Nanette McKeel Petrella, to consider the formation of a woman’s club.  After detailed background information about the General Federation of Women’s Clubs (GFWC) was presented by Nanette, the women passed a resolution to form a club.

One month later, on March 18, 2007, the club adopted their bylaws, enrolled 35 charter members and elected their officers.

On April 19, 2007, the GFWC Virginia Executive Board declared the GFWC Dominion Woman’s Club to be a member of GFWC Virginia and the General Federation of Women’s Clubs.  The first DWC President was Nanette McKeel Petrella, who guided the club through its first two years.  In the first year, club activities included the Haymarket Day Parade, Red White and Blue Jeans Dinner Dance and Silent Auction, Vegas in the Valley Casino Night, the Scramble for Shelter Golf Tournament and the formation of the Dominion Sisterhood Juniorette Club.

The mission of Dominion Woman’s Club is to improve our community by enhancing the lives of others through volunteer service.

As such, our group carefully researches the many charitable opportunities that exist and selects those organizations and causes that meet our mission, benefit from our support, and meet the highest standard of fiscal responsibility.

If you are a member of a charitable organization and would like to be considered for support through DWC, please get in touch with us through our contact form.

How do I join DWC?

We would love to have you as a new member of our club. Please use our contact form to email us or be our guest at our next monthly club meeting. We will provide you with all the information needed about joining at the meeting.

All new members are required to fill out these two documents:

When are DWC Meetings?

The meetings are held on the third Wednesday of each month. When held in person, social time starts at 6:30 pm, and the meeting begins promptly at 7 pm. For in-person meetings, the venue will be posted on the website.

Why join a Federated Women’s Club?

The Dominion Woman’s Club is a member of the General Federation of Women’s Clubs (GFWC), one of the world’s oldest and largest women’s service organizations dedicated to community improvement through volunteer service.

For more than a century, GFWC has encouraged women to improve their skills, expand their rights, and apply their abilities and special sensitivities to society’s problems. Members of federated women’s clubs have been addressing the diverse needs of their communities and countries through times of social change and technological revolution, and of war and peace in an increasingly interdependent world.

The Dominion Woman’s Club is also a member of the Northern District GFWC Virginia.

DWC is intended for women, over the age of 18 and residing in Prince William and Fauquier Counties, who have a desire to support, serve, and enhance their communities. 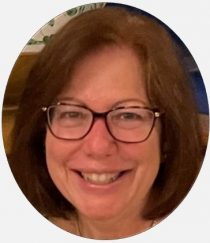 Rosemary and her husband moved to Haymarket 8 years ago as new “empty nesters” after living in Fairfax, VA for 15 years with their two sons. She worked for 30 years in the field of education, initially as an elementary and middle school teacher for several years before becoming an elementary school librarian for the last decade of her career. She retired in 2018.  She joined Dominion Woman’s Club in 2014 after attending their Spring Author’s Luncheon. She was impressed by the numerous charitable projects and organizations with which the club was involved, as well as the fun and friendly nature of its members, and saw this as a great opportunity to become a part of her new community and make new friends. Rosemary is active in the Education and Libraries Committee, the Civic Engagement and Outreach Committee, The Arts and Culture Committee, and committees related to special club events. She enjoys pitching in where needed.  She has previously served on the DWC board as Treasurer and Corresponding Secretary and is excited and honored to now be serving as the club’s President. 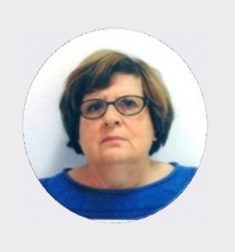 Barbara was a founding member of the Dominion Woman’s Club who left for several years but renewed her membership in 2017. Since her return, she has been co-chairman of Girls Gone Bunco. She is a member of the Home Life Committee and especially enjoys knitting projects. She loves to cook and bake and also participates in the Culinary Arts Committee.

Barbara taught high school math for six years but changed careers in 1980. She then worked as a pension actuary/consultant for 22 years at one of the leading international human resource firms. She and her husband retired in 2002 and moved from Michigan where they lived for over 30 years to Dominion Valley.  She has been active in the Dominion Valley Ladies’ Golf Association from its inception.  She is the only member of the current DVLGA board who has been on the board every year.  Her special love is being chairperson of the Robbyn Rothman Memorial Swing for Life Tournament.  She is thrilled that the Dominion Woman’s Club has become a sponsor of this tournament. 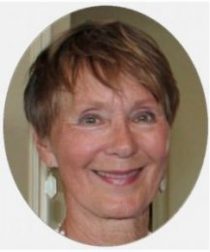 Robin grew up in Waterville, Maine, and graduated from Westbrook College with an Arts degree, and a Business Management degree from the University of Maryland. She married Gary Clukey, her high school sweetheart, a now retired Army Colonel. They have two children and eleven grandchildren. As a military family, they moved 21 times …from Arizona to Australia.

Robin was a founding member of the Dominion Woman’s Club in 2007 and was drawn to the concept of fellowship, service, and fun. She is co-chair of the Environmental Committee which has just finished an eventful year. She has enjoyed numerous vocations and various volunteer opportunities. From art teacher to veterinary clinic manager. She has volunteered in the children’s schools, as a scout leader, Red Cross aide, Army thrift shops organizer, and art museum docent. She has served on a number of boards such as the Army wives club, Newcomer’s, and LGA. She has volunteered in Dominion Valley for ten years and was co-chair of the Grounds Committee for six years. Her hobbies include – golf, painting, mahjong, aqua tabata, yoga, daily hikes, book club, wine tasting, and bunco. 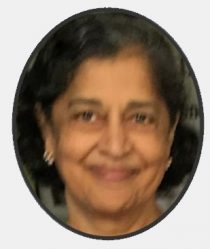 Sharayu moved to Virginia from Connecticut in 2014 and came across information about the book club run by the Dominion Woman’s Club. She was invited to attend the monthly meeting. She was impressed by the numerous service activities the club offered, as well as the welcoming and friendly nature of the club members. She has enjoyed being part of the club and has taken on various responsibilities such as webmaster and editor of News and Notes. She also has been involved in math and science activities in local schools. This is her first entry onto the DWC board as a treasurer. She is looking forward to working with the board members.
In her prior life, Sharayu worked for United Technologies Corporation and developed systems for the space shuttle main engine and US military aircrafts. She holds a Ph.D. in electrical engineering from the University of Connectivut. 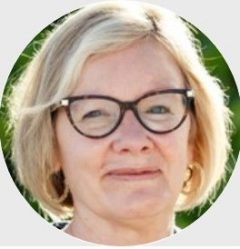 Sue joined DWC in 2015 after relocating to Virginia from Minnesota. She was impressed with DWC’s mission after attending a spring Author’s Luncheon. Sue felt that joining the club would be a way to volunteer in the local community and meet new friends. She is a retired registered nurse working in critical care, home and hospice care and case management. Her passion is helping those in the community who are the most vulnerable. Sue has volunteered over the years in schools, at church and as an Alzheimer’s caregiver respite provider. Within DWC she has served as Recording secretary, Parliamentarian, on various committees and fundraisers and will be co-chairing the Health and Wellness Community Service Program. 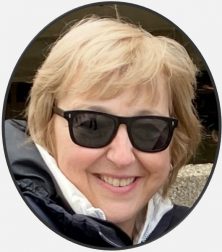 Sarah Rudy was a charter member of DWC learning much from our first president, Nanette McKeel Petrella including volunteer organizing and fundraising. After 6 years in DWC and a 30-year government career, she then moved on to the president’s role for Friends of Homeless Animals.  This expanded her knowledge of the financial and business sides of nonprofit organizations along with the care and management of rescue dogs and cats. Sarah’s biggest passions are helping the environment, meeting new people, and traveling.

Sarah attributes her love of volunteering to lessons learned from her mother.  Although she had little to give, she never passed up a chance to assist a neighbor, listen to a friend, visit the sick and elderly, or just be an arm to lean on for others facing challenges. The Northern District serves as a communication link; disseminating information and promoting Federation policies and projects between the GFWC, the GFWC Virginia, and the District clubs. The local ties with State and International organizations keep Northern District GFWC strongly aware of the opportunities for community service, provide leadership opportunities for their members, and promote a sense of fellowship that leads to life-long friendships.

The General Federation of Women’s Clubs Virginia was organized in 1907 to bring into closer unity the women’s clubs of Virginia, in order to promote their common interests in the cultural, educational, and environmental welfare of the Commonwealth.

Located in Richmond, GFWC Virginia is a volunteer organization uniting multiple clubs in 8 districts with about 4,000 members willing to help meet the needs of today, and whose purpose is to work cooperatively giving service in our local communities, state, and world.

GFWC Dominion Woman’s Club is a proud member of The General Federation of Women’s Clubs, one of the world’s largest and oldest women’s volunteer community service organizations. It was founded in 1890 and is headquartered in Washington, D.C.

GFWC has more than 100,000 members in affiliated clubs in every state and over a dozen countries. To learn more about this international organization dedicated to community improvement by enhancing the lives of others through volunteer service, visit them online at www.gfwc.org.

GFWC DWC is a 501 (c) (3) organization. The EIN is 64-0954588. Your contribution may be claimed as a charitable deduction for tax purposes. Please consult your tax consultant to determine the appropriate amount to deduct.